In conjunction with its War on Terror and its war against Afghanistan, the United States considered a war against Iraq and claimed that the Saddam Hussein-headed government of Iraq had close ties to Al Qaeda, possessed weapons of mass destruction (chemical, biological), and sought nuclear weapons. In March 2003, a U.S.-led coalition of forces invaded Iraq. In April 2003, the Saddam Hussein-headed government was ousted. In May 2003, the U.S.-led Coalition Provisional Authority assisted in the formation of the Iraqi Governing Council and later the Iraqi Interim Government. In the course of the war, civilians were killed by U.S.-led coalition forces, Iraqi security/government forces, and various armed insurgent groups. In February 2006, after receiving communications of alleged atrocity crimes committed in Iraq and conducting a preliminary examination, the ICC Office of the Prosecutor closed the preliminary examination but noted it could be reopened if new evidence came to light. In May 2014, after receiving new communications of alleged atrocity crimes committed in Iraq by nationals of the United Kingdom, a State Party, the ICC Office of the Prosecutor reopened the preliminary examination on the basis that alleged atrocity crimes had been committed by a state party’s nationals. 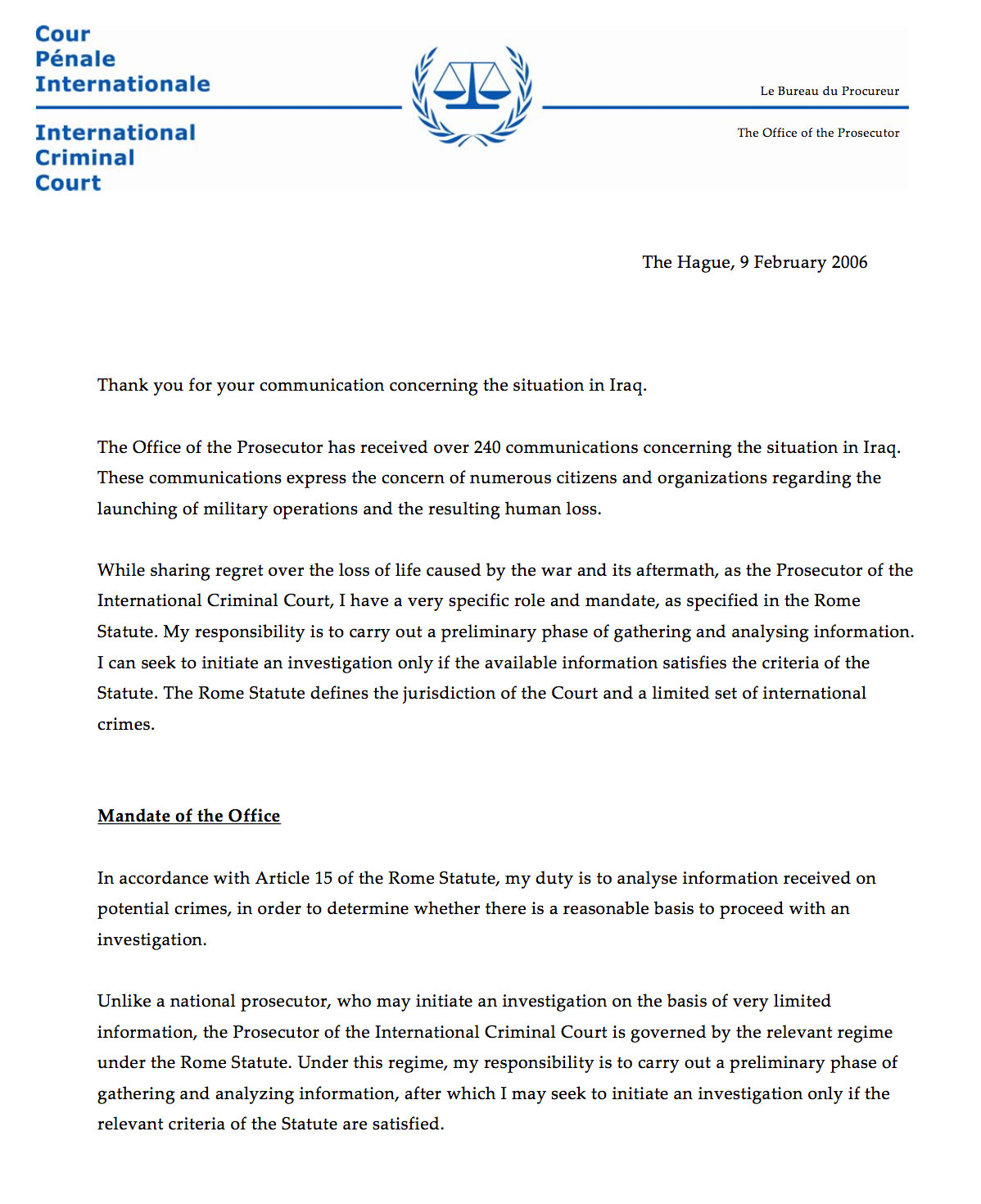 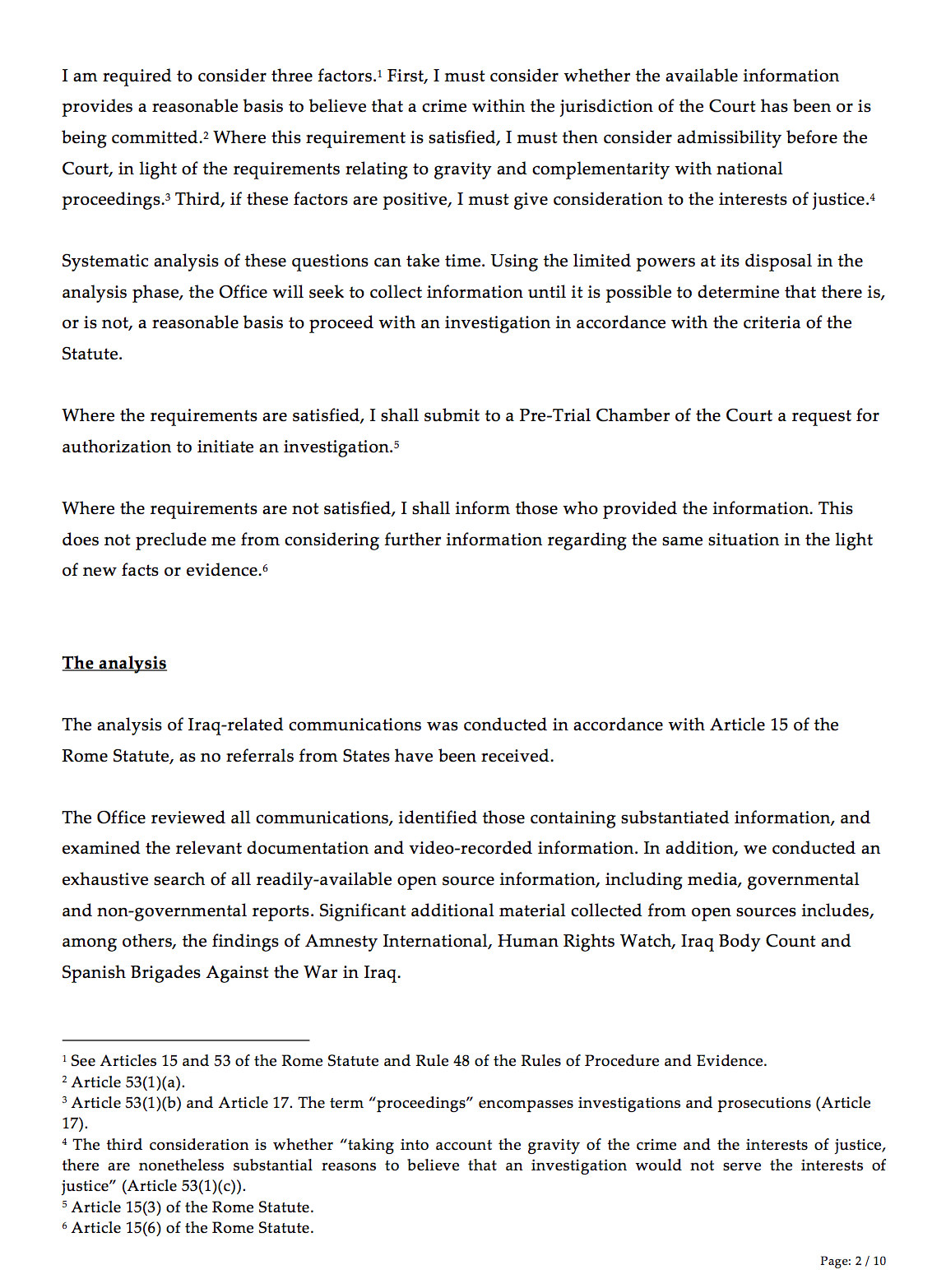 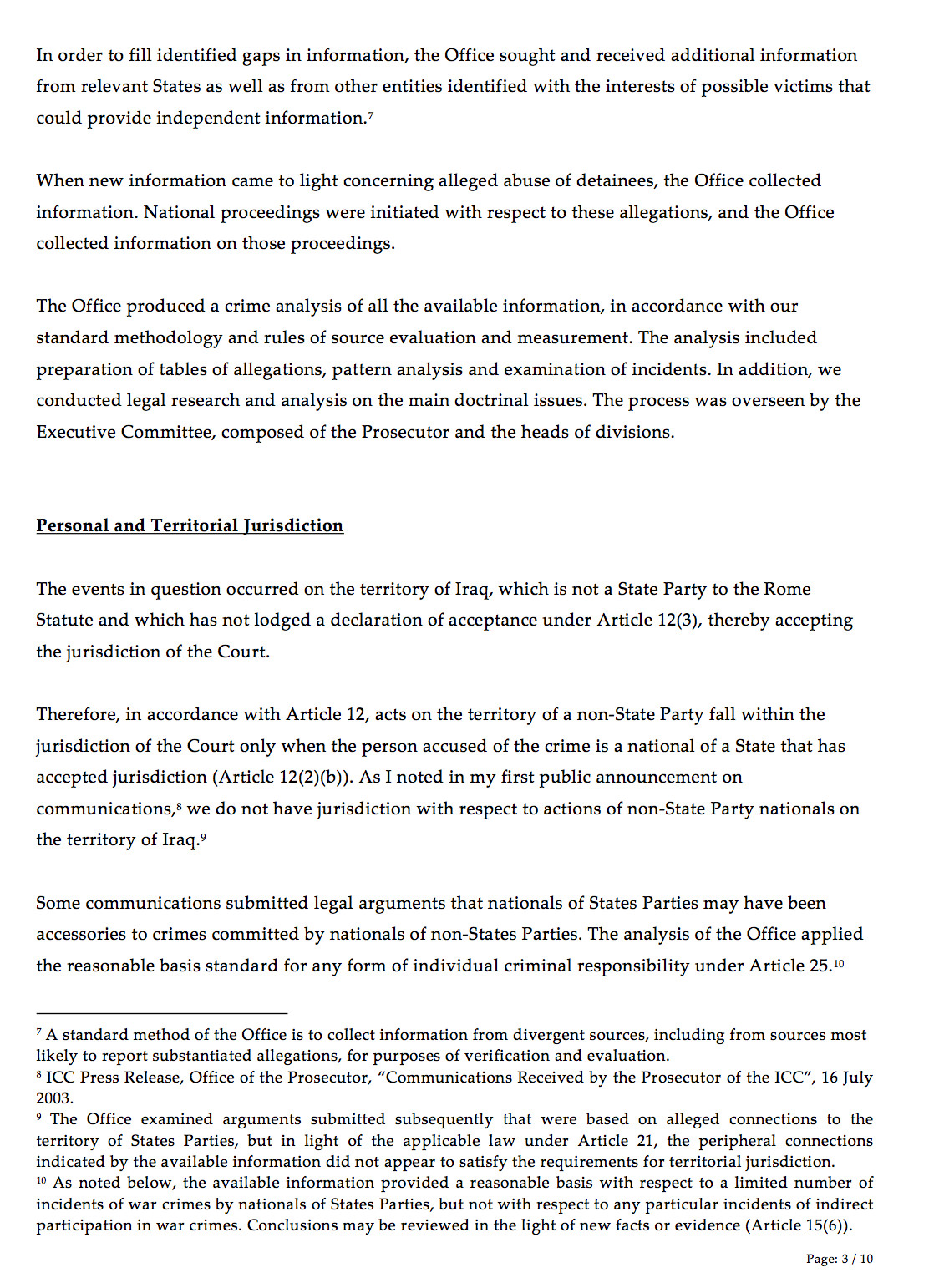 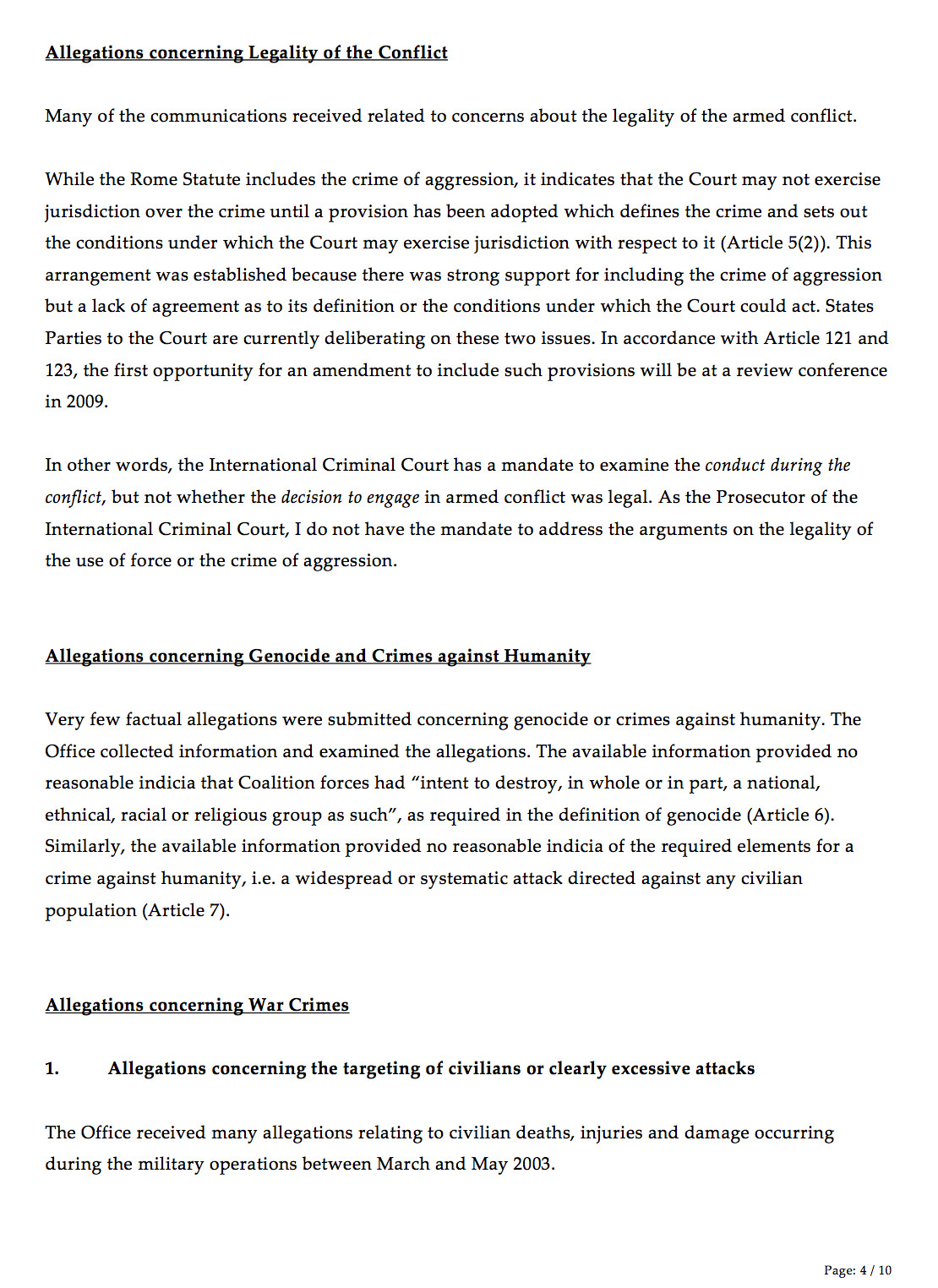 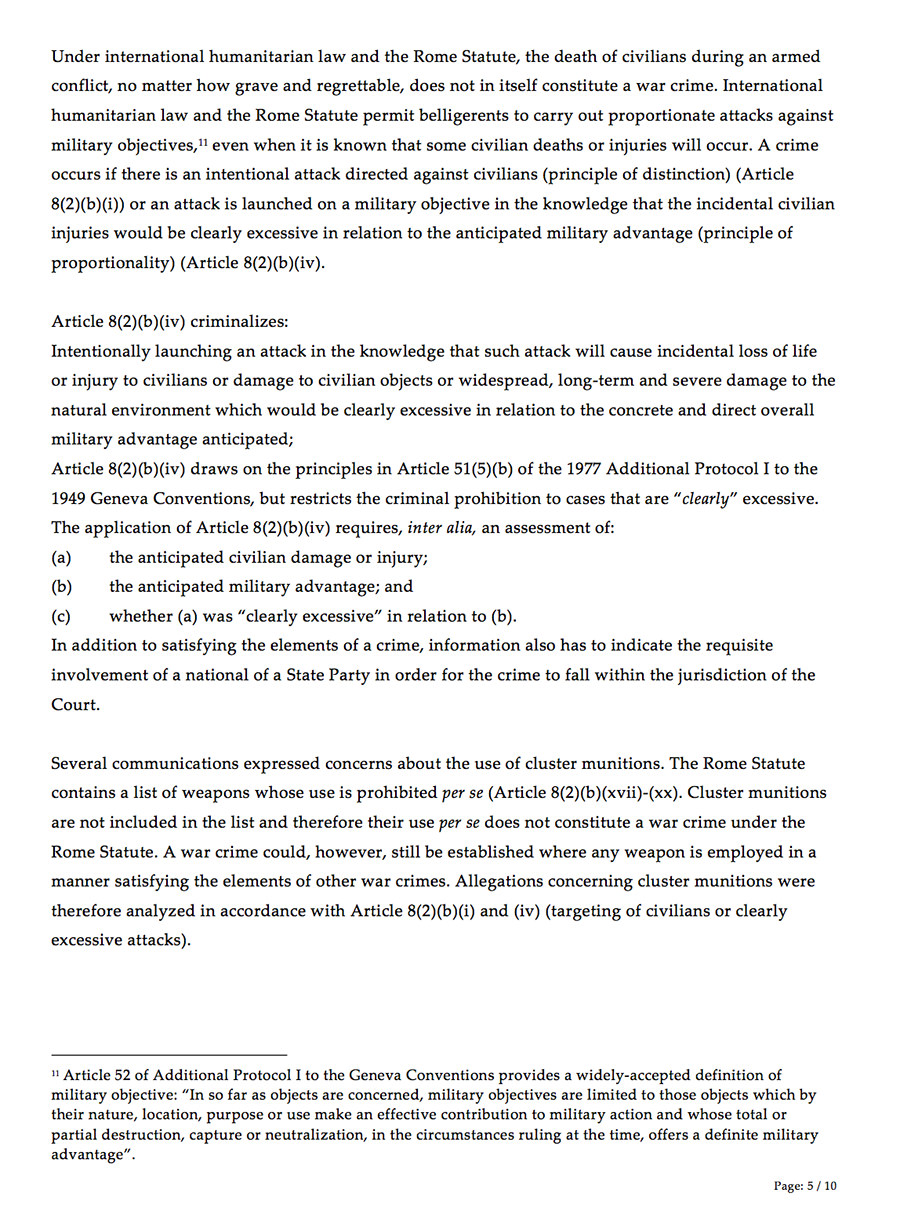 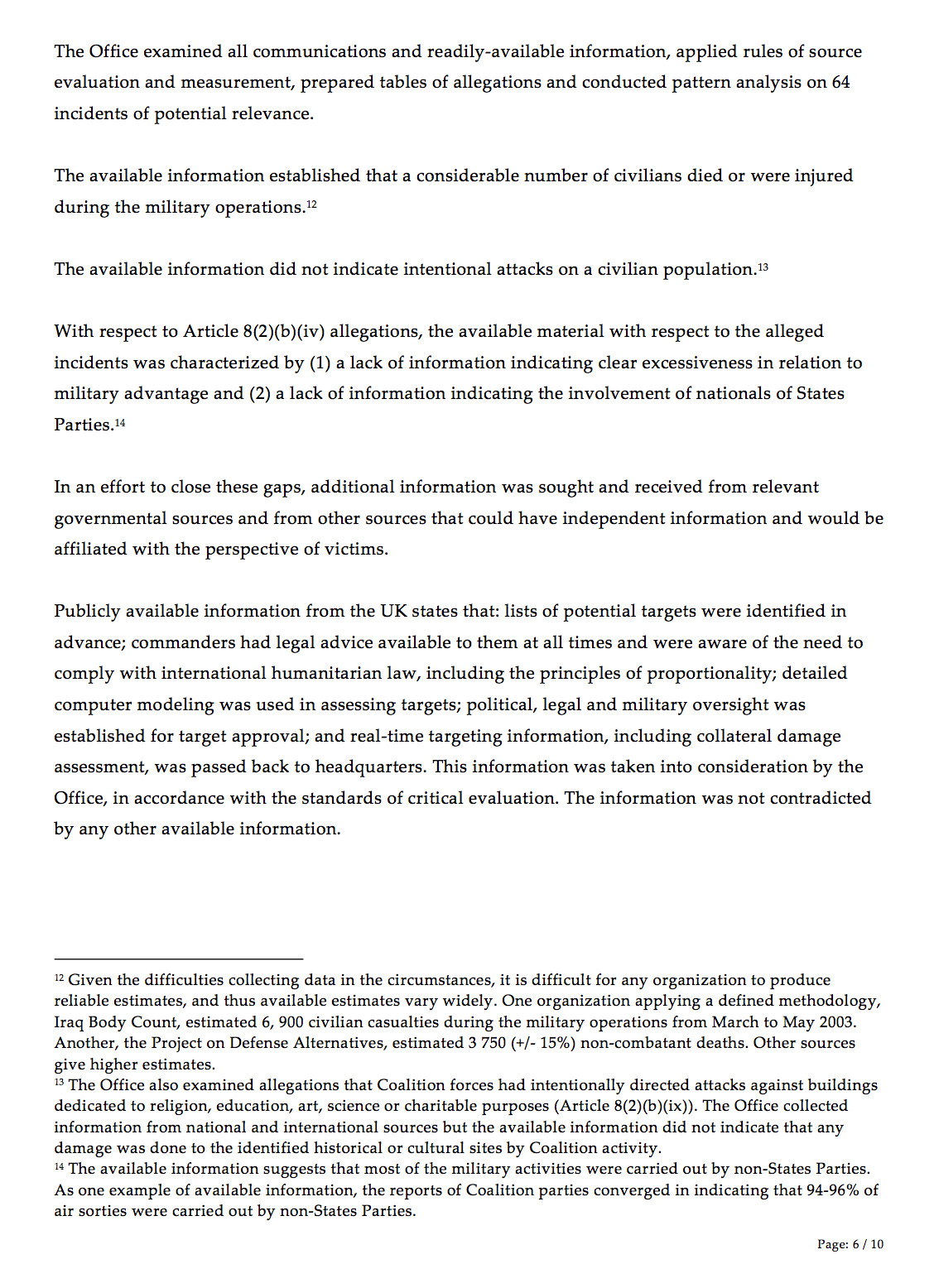 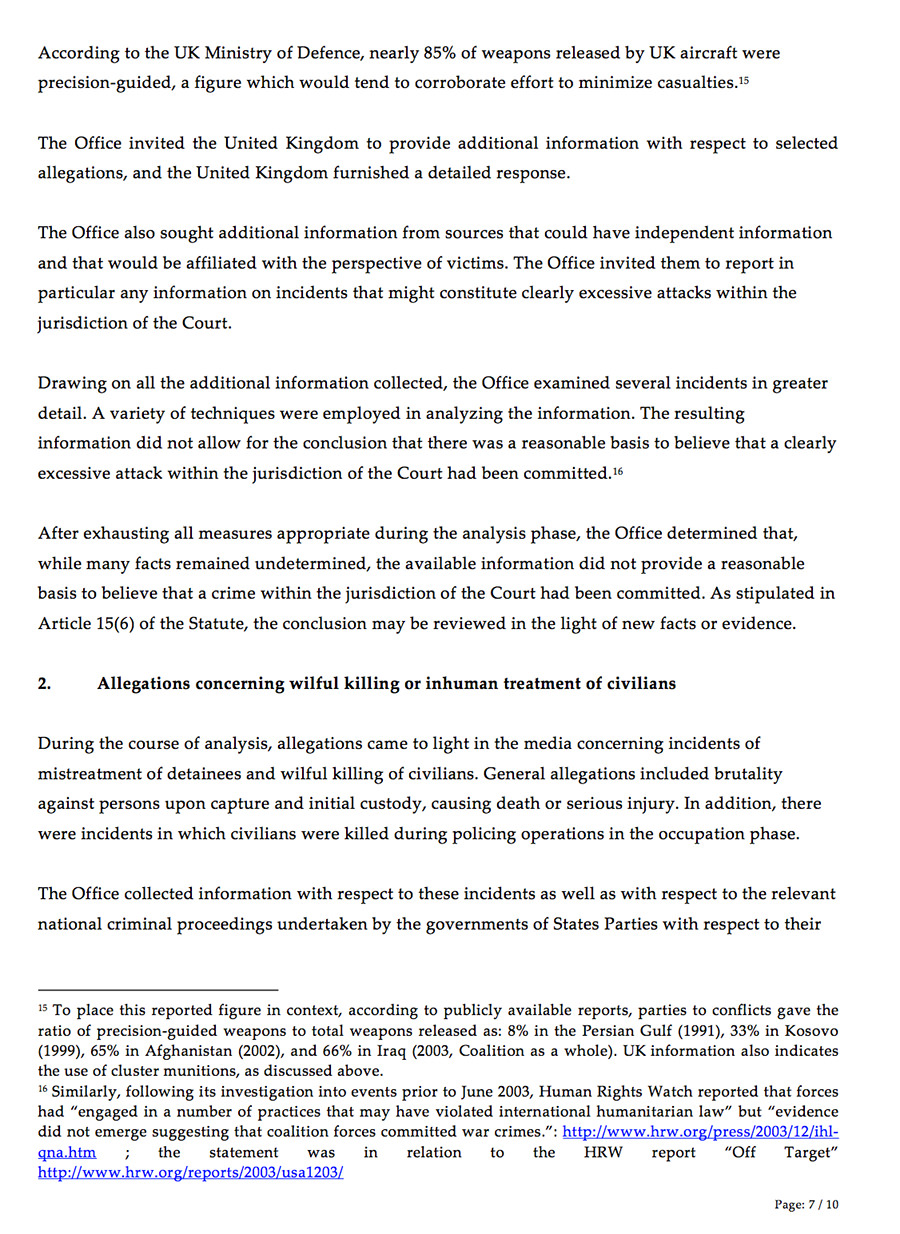 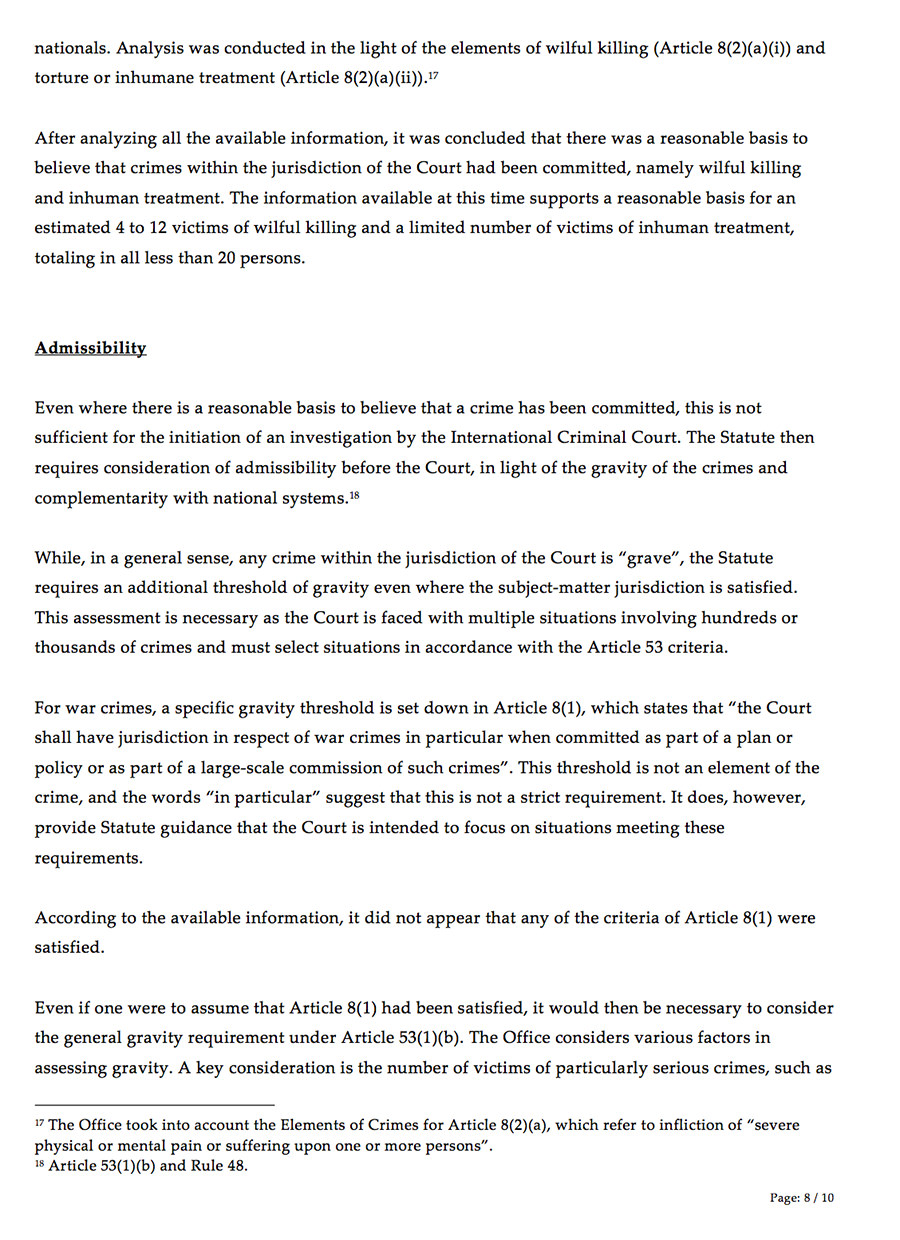 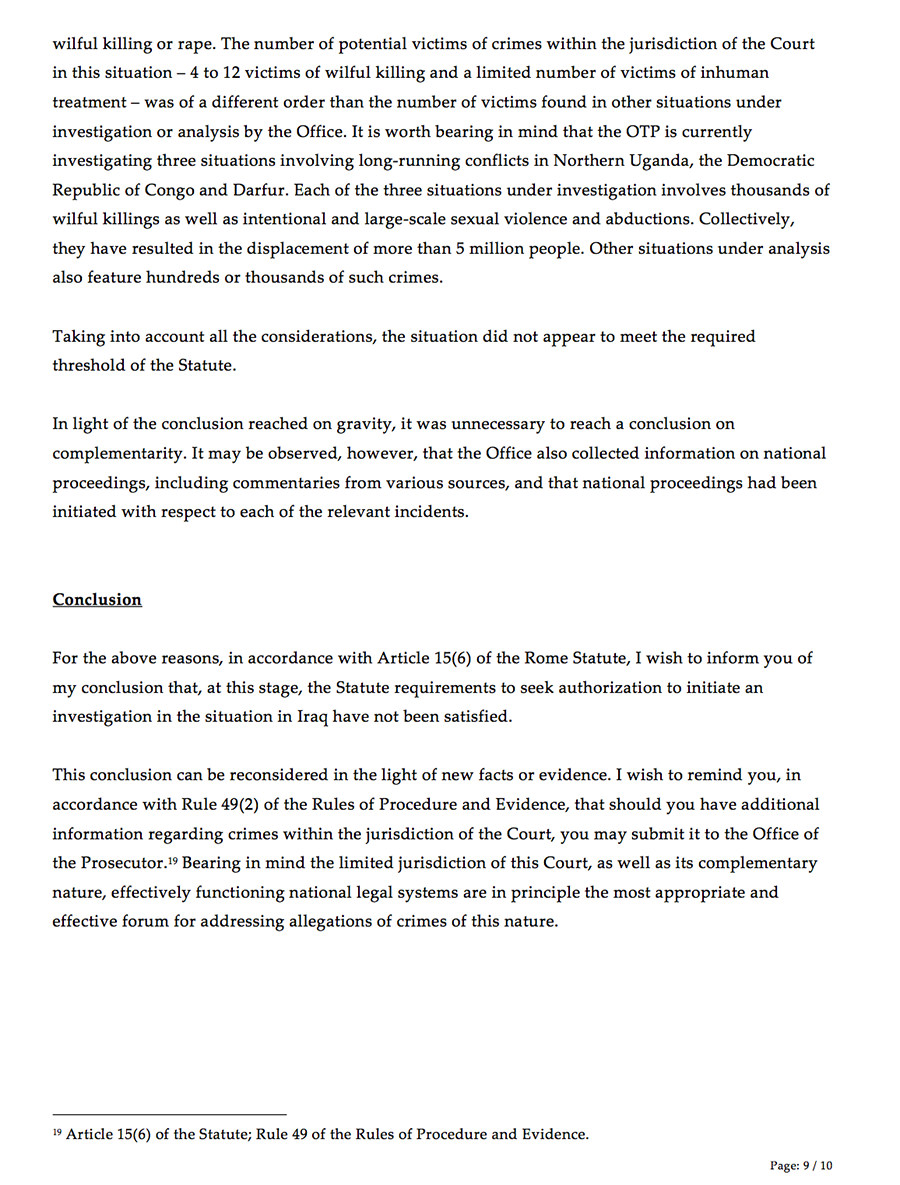 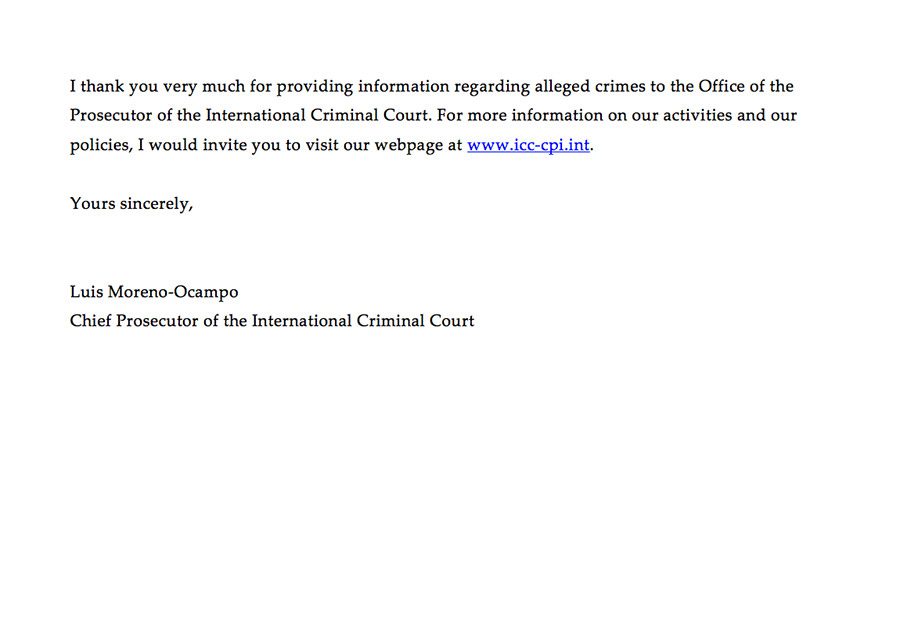 The ICC Prosecutor may start a preliminary examination proprio motu (“on one’s own initiative” in Latin), into alleged atrocity crimes that have occurred either:

The ICC Prosecutor must receive approval from judges to open a formal investigation after completing her preliminary examination.

jump to this section